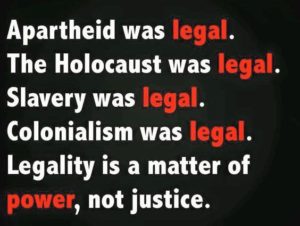 While many people dismiss it as a “Who cares?” moment, the next big moment for the Democratic Party is this weekend’s election of the next chair of the Democratic National Committee. At the center of the struggle between 8 candidates are the candidacies of 2 nominees, Keith Ellison, who is backed by Senator Bernie Sanders and other liberals, and that of former labor secretary under Barack Obama, Tom Price, who is backed by many Hillary supporters. Yesterday the 8 candidates participated in a televised debate on CNN.

The importance of this selection process is fairly simple.

One only has to look back to 2008 and the election of Howard Dean as the chair of the DNC. Mister Dean rose to office and implemented what is now widely known as “the 50 state strategy” which led not only to the election of Barack Obama as president but to majorities in both the United States House of Representatives and the U.S. Senate, allowing the president to push forward a liberal-leaning agenda which included the passage of the Affordable Care Act.

Today we are witnessing our own version of a Clash of the Titans: Keith Ellison who is backed by many liberals from the Bernie Sanders camp and Tom Price was backed by many members of the Hillary Clinton/Barack Obama faction of the Democratic Party. These 2 candidates possess remarkably contrasting viewpoints on the direction of the party. Allison, on the one hand it embraces the forward-looking, truly liberal, anti–establishment, take big money out of politics branch of the party while price it embraces the big money, insider political elite faction of the party.

Both candidates are racking up endorsements from their political base. There are those, however, who do not believe that either of these candidates will win but that one of the lesser known “fringe” candidates will emerge victorious.

Enter Pete Buttigieg, the mayor of South Bend, Indiana, one of the lesser-known candidates for DNC chair. Buttigieg this week picked up the endorsement of former DNC chair Howard Dean. A young man, in his thirties, Buttigieg is the only openly gay candidate in contention for the chairman’s job.

Another “fringe” candidate, Jaime Harrison, cautioned during the debate:

Jaime Harrison, the South Carolina Democratic Party chairman, issued a stern call on party members not to launch primary challenges against the 10 Democratic senators in states that Trump won in 2016.
He said Democrats would find themselves in a “permanent minority” because the GOP needs just seven more Senate seats for a filibuster-proof majority there, and just one more statehouse to call and control a constitutional convention.

Scary stuff. Still think this election doesn’t matter? Think again. Stay tuned. What happen Saturday will speak volumes to the direction of the party and of the country.