Friday, the remains of Senator John McCain of Arizona lay in state in the Rotunda of the United States Capitol. The media has told us that only 30 others have been so honored.

What does it mean to lie “in State”? There’s the obvious part that someone really important has died and the public is showing its respect for the life of the deceased by making a big show out of his or her death by publicly displaying the remains, draping the coffin with a flag and having members of the military stand guard while members of the public walk past.

But did you know (and I’ll bet you didn’t) that there are other ways we show our respect to those who have passed away, who have lived lives deemed worthy of a show of public respect? Yep. They’re called “Lying in Honor” and “Lying in Repose.” So, what’s the difference,” you ask?

Thank you for asking!

In the United States, when the deceased person is placed in a location other than the Rotunda of the United States Capitol, like the Great Hall of the Supreme Court, they lie in repose, as was the case following the death of Justice Antonin Scalia in February 2016.[2] For example:

Anyone not from government whose remains are put in public view in a government building is said to be lying in honor, accompanied by a Capitol Police guard.

The United States Congress has created a manner similar to Lying in State to honor distinguished Americans who do not qualify for a lying in state designation. In the process of “lying in honor,” the honor guard in the Rotunda is provided by the Capitol Police or another suitable source. [15][16]

Presidents generally lie in repose in the East Room of the White House before lying in state at the capitol.

Very few individuals have received this honor. They include:

And so I wondered, “Who are those others who have lain in state at the US Capitol Rotunda?”

In case you were wondering also, here they are in chronological order, thanks to Wikipedia:

Oh, and what about that mysterious box draped in black fabric under the casket? 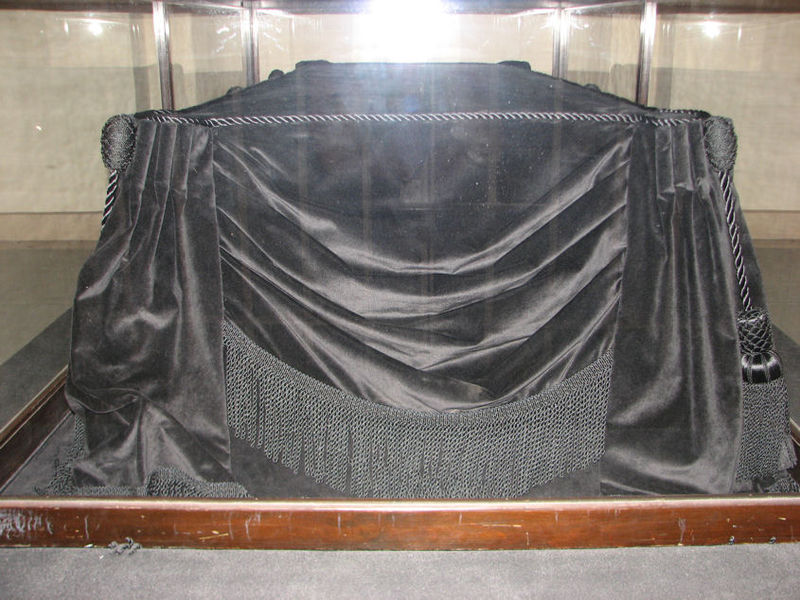 Why, its a catafalque!
cat·a·falque
ˈkadəˌfalk/
noun; a decorated wooden framework supporting the coffin of a distinguished person during a funeral or while lying in state.
The Lincoln catafalque is a catafalque hastily constructed in 1865 to support the casket of Abraham Lincoln while the president’s body lay in state in the Capitol Rotundain Washington, D.C. The catafalque has since been used for all those who have lain in state in the Capitol Rotunda, as listed below. When not in use, the catafalque is kept in the United States Capitol Visitor Center in a small vaulted chamber. It was previously kept in an area called Washington’s Tomb, which was originally intended, but never used, as the burial place for George Washington, the first President of the United States.

So there you have it! You may now converse eloquently with your friends at cocktail parties, over dinner, or on quiet walks about state funerals of all varieties. Aren’t you glad you asked! I am.