BIG NEWS. (No, not FAKE NEWS.) POTUS has nominated 10th Circuit Court of Appeals Justice, and devout Catholic, Brett Kavanaugh to fill the seat recently vacated by Supreme Court Justice Anthony Kennedy, who was cajoled into resigning so POTUS could pack the court. 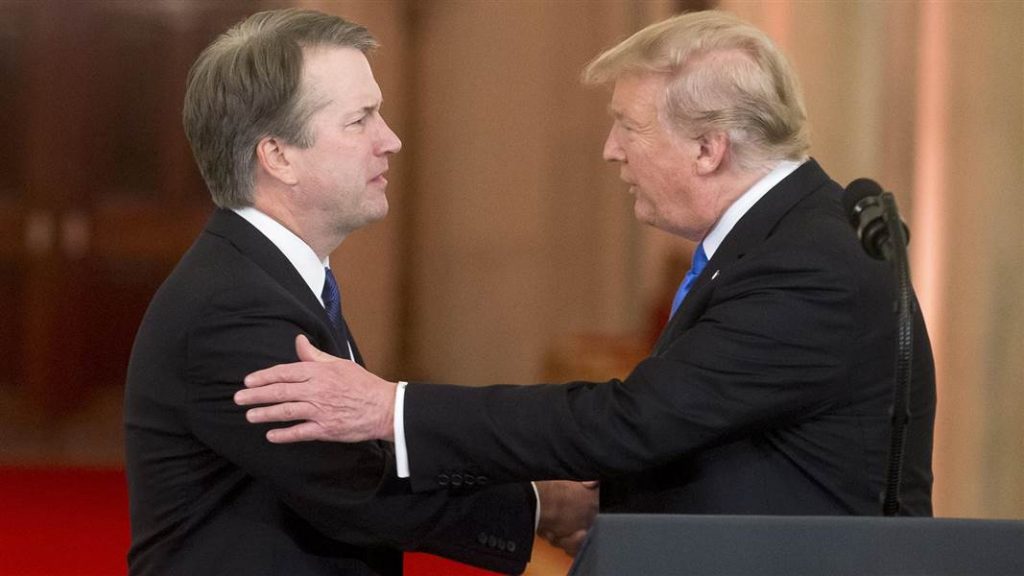 I don’t know about you, but this morning my inbox was packed with emails full of handwringing and suggestions that civil rights, workers rights, voting rights and even Roe v. Wade were under attack with threats of repeal by a Supreme Court which would be decidedly tipped to the right should the POTUS nomination be confirmed by the Senate. And each of these emails concluded with a plea for funds to block the confirmation.

Before we get completely verklempt, let’s step back for a minute and consider the options the Democrats in the Senate really have.

Yeah, that’s about it.

To be sure, those from the liberal and progressive left (my group in the political spectrum) will be clamoring for action. Any action. All action, to stop the nomination. Some of us insist that no nomination be considered while the president is under investigation; others that the Senate take no vote until the presidential election in 2020. Some, more moderate members, insist there be no confirmation until a new Senate is sworn in in January 2019.

But let’s get real, folks. That ain’t gonna happen.

Republicans hold 51 seats in the Senate, the Democrats hold 49 (which includes 2 independent senators who caucus with the Democrats).

So now the “ifs” begin to fill the swamp:

The Republicans did away with the filibuster. They occupy 51 seats in the Senate. Trump picked the most reprehensibly conservative candidate he could find to fill this vacancy because he knows he can make it happen, and he can. This train has left the station.

So let’s stop the posturing and the bluster and the expenditure of unnecessary energy which, at the end of the day, will make absolutely no difference. Please stop sending me fundraising emails based on the threat of the loss of our rights in the hands of the conservative court-to-be. Seriously.

What the Democrats need to be doing, in my humble opinion, is working on their message for the general election. According to Carlos Ramirez-Rosa, who has served as alderman of Chicago’s 35th Ward since his election to the City Council in 2015, in an article on NBC.COM, he writes:

[Candidates are beginning to run on] an unabashed platform of fighting for . . . the working class: fully funding public schools, opposing privatization, ending corporate welfare, preserving and expanding affordable housing and reopening shuttered health clinics. And I wasn’t afraid to call out the corporate-friendly Democrats who continue to cut vital social services while giving handouts to corporations and the wealthy.

We lost the House, the Senate, and the White House. We lost the ability to filibuster a SCOTUS nominee and potentially force POTUS to nominate a consensus candidate, and there’s not one damned thing we can do about it. What we can do is start speaking to the people about their issues; we can start and maintain registration drives to swell the rolls with new, invigorated voters. We can get up off our butts and work for progressive candidates, and most importantly, on election day,