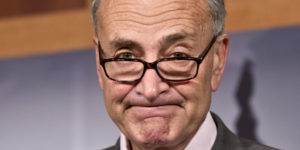 The Washington Post this morning reported that Senate minority leader Chuck Schumer has signaled that Democrats intend to filibuster the appointment of Neil Gorsuch to the United States Supreme Court.

Signaling that the “nuclear option” may be on the table, Senate Majority Leader Mitch McConnell said, “If Judge Gorsuch can’t achieve 60 votes in the Senate, could any judge appointed by a Republican president be approved with 60 or more votes in the Senate?”

The article, however, is factually incorrect in many aspects as are most articles which report on the nomination process and the number of votes required to appoint a justice to the United States Supreme Court.

Just to set the record straight, Clarence Thomas was appointed with fewer than 60 votes.

Here is where, in my opinion, the confusion lies. Because there are no time limits on debate in the Senate, the Senate enacted procedures to terminate lengthy debate. That process is set forth in Senate Standing Rule XXII, which provides for a process known as cloture. Simply put, cloture is the process for bringing debate to an end in the Senate.

Rule XXII requires a vote of at least 60 senators to terminate debate. If 60 senators approve, debate is terminated and the matter is put before the Senate for an up or down vote in all matters except changes to the Senate rules and a few other exceptions that are not relevant here.

In order to change the number of votes to end filibusters on Supreme Court nominees, a member of the Senate merely needs to bring a point of order to the chair to do so. The point of order would be put to a vote. It need only be passed by a simple majority, and BAM!, new rules.

It then becomes easy for the media to parrot the 60 vote “rule” even though it is not a rule at all. What they are doing is shortcutting the process and applying reason without explanation.

Even though it only takes 51 percent of the Senators present and voting to confirm a Supreme Court nominee, should that nominee filibustered it would take 60 senators who supported that nominee to vote in favor of ending the filibuster pursuant to rule XXII. Therefore, if you don’t have enough senators override a filibuster, you can’t approve the nominee.

Immediately following the Senate’s action in 2013, which changed the rules for ending debate as to all presidential nominees other than for the Supreme Court to a simple majority vote, then Senate Minority Leader Mitch McConnell was reported in the New York Times as saying,

“You think this is in the best interest of the United States Senate and the American people?” asked the Republican leader, Senator Mitch McConnell, sounding incredulous.

“I say to my friends on the other side of the aisle, you’ll regret this. And you may regret it a lot sooner than you think,” he added.

Are the chickens coming home to roost? Will the Democrats gamble that Republicans won’t pull the trigger on the nuclear option? Will Republicans blink? Will there be a compromise?

Some appointments should be subject to a supermajority vote–like those to the United States Supreme Court. Lifetime appointments. Neil Gorsuch is only 49 years old. He could well serve on the Court for 30 years. Shouldn’t these appointments be held to a higher level of scrutiny than cabinet positions. We get to fire Senators and Representatives and Presidents, but we don’t get to fire Justices.

In order to change the number of votes to end filibusters on Supreme Court nominees, a member of the Senate merely needs to bring a point of order to the chair to do so. The point of order would be put to a vote. It need only be passed by a simple majority, and BAM!, new rules.

If the nuclear option is invoked, there will (likely) never again be Supreme Court nominees who will be successfully filibustered. I firmly believe that should the Democrats filibuster, the Senate will drop the bomb and we will lose this important check on presidential power.