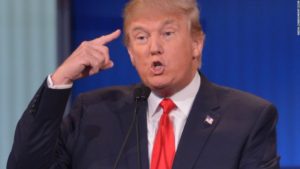 What a wild 60 days it has been for the Tangerine Tyrant’s regime!

In the “old days,” when every gentleman wore a hat, he would surrender his hat upon entering a building. It was impolite to wear it indoors. Upon leaving, the host would hand him his hat. Today, it means to be sent packing, to be shown the door, or to be defeated. Let’s keep the hits coming!