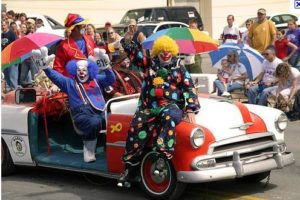 On February 16, 2017, the president held his first ever solo news, I mean press, conference. I just can’t bring myself to call it news. In a rambling diatribe taking aim primarily at the media and blaming everyone but himself for his administration’s missteps, he uttered the phrase “fake news” countless times, while acknowledging that the underlying story was, in fact, true.

For example, he acknowledged that NSA advisor Mike Flynn did have telephone conversations with Russia about sanctions before the president took office and that if Flynn hadn’t had those conversations, he would have directed him to do so. Then, he took aim at the media saying they had treated Flynn very poorly and had reported “fake news.”

You can listen to the full press conference here,  but don’t attempt it on a full stomach. If you’re going to engage in a drinking game, I don’t encourage taking shots at the mention of either “fake” or “fake news” or when he takes a jab at the media which he did at least 38 times  (and I think I probably undercounted).

There was very little substance, no direct answering of questions, and a lot of re-hashing of the election. He was rude, thin-skinned, and took every opportunity to take any question he could personally, even cutting off a Jewish reporter who was asking about the rise of anti-Semitism and turning the question into one questioning his own racial and religious beliefs.

If this is what we have to look forward to from this president, I say keep the news, I mean press, conferences coming. They only serve to expose him for the egocentric, megalomaniacal, thin-skinned, ignorant person he is.

This was the biggest fake news story of the week.