With all of the political crap that has gone down in the last year, I am finding it a little, if not a lot, difficult to be thankful. Personally, the last 6 months have not exactly been a piece of cake. Old injuries to my neck and knees resurfaced, requiring knee surgery and physical therapy; lots of family dissension on both sides of our relationship have been time-consuming and distracting. My partner is carrying a schedule that would kill ten people–I seriously don’t know how he does it. 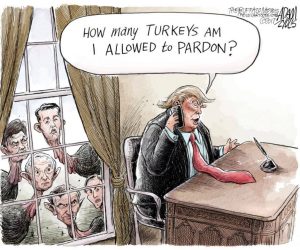 The current presidential administration is more focused on hatemongering, divisiveness, eviscerating our natural resources, decimating our climate, rolling back human rights, stacking our courts with conservative jurists measured by a litmus test based on their proclivities to protect corporations and the elite, cutting Medicare, Medicaid and the Affordable Care Act, while alienating our closest allies and aligning the United States with strongman dictatorships around the world.

The United States, truly, seems to be at a breaking point. Hopefully, citizen revolt at the polls will demonstrate that we have had enough. Recent victories in Virginia and New Jersey are encouraging. A close race in Alabama between a “liberal” Democrat and a child molester will speak volumes toward the views of the American electorate, who if they choose party over morals will be more than totally disheartening.

Notwithstanding the fact that over 60% of the United States’ eligible voters disapprove of the job the president is doing, the Democratic Party has yet to identify a a discernible strategy that would lead us out of the swamp. Simply lambasting the president will not be sufficient.

At this point, a cocktail or 6 seems more than appropriate, but a Thanksgiving day potluck with the in-laws at their Unitarian Church looms on the immediate horizon, so cocktails will have to wait.

So, exactly what is there to be thankful for this year? And should we really be celebrating the Thanksgiving we were taught about as children? You know, the one where the Pilgrims and the Native Americans came together at a table to feast and celebrate the harvest and their friendship. 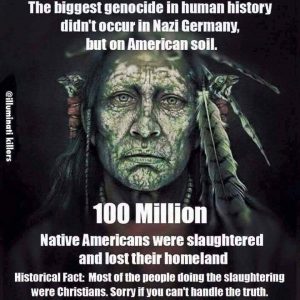 Scholars seem to tell us now that there really never was a friendly relationship between the Pilgrims and the Indians. In fact, the white people who arrived on the shores of this land began early on eradicating the Native American Indians who they saw as impediments to their settlement of the prairies and beyond.

So I decline to celebrate that American myth. Instead, every year I try to find good, those nuggets of good–however small–that can give us (me) something to be thankful for and hope for what a new year can bring. 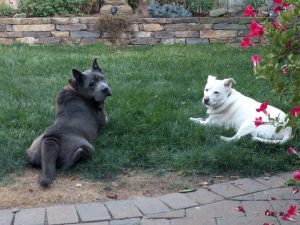 Oh, and I am thankful that this god-awful year is almost over; I am thankful that the midterm elections are only a year away; and I am hopeful that liberals, progressives, independents and Democrats will get their collective acts together and work toward progressive change in this country to undo all the wrongs this current administration has heaped upon us by the bushel basket. 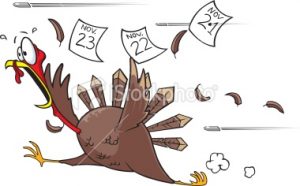 sense gun regulations in this country. I am hopeful that women will retain the right to make educated and informed decisions regarding their bodies and their health care. I am hopeful, especially now that I am of that age, that Medicare and Medicaid and Social Security programs will not be gutted to the enrichment of the 1%.

I am hopeful that Democrats and independents retake many state legislative positions including governorships and state legislators; that progressive and liberal mayors will take the reigns in their cities and towns; that right and reason will prevail over alternative facts, oligarchy, nationalism and populism that are rendering asunder the very roots of our national life.

And in spite of it all, I wish you and yours a very Happy Thanksgiving!