Republican members of Congress have shown they will do anything, anything, to pass a single piece of major legislation. The monstrosity that passes for their tax cuts and job creation bill could not be a clearer example. 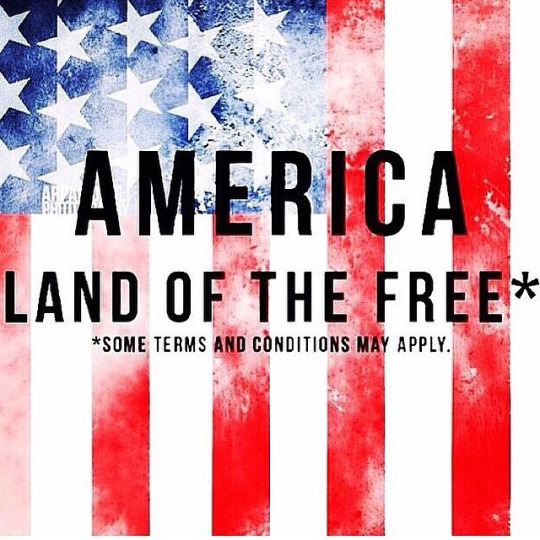 In case you haven’t been paying attention, here are a few things you need to know:

Yes, the middle class will see some short-term reductions in their income tax liability; however, most of those cuts expire in or around 2022, while the corporate tax cuts are intended to be permanent. This means that while the corporate tax rate stands to be reduced from 35% to approximately 20%, income taxes for the normal folks in the middle class will actually increase over time.

Until now, Americans have been allowed to deduct state and local income taxes and property taxes from the federal return. That deduction stands to be either greatly reduced or done away with.

Medical expense deductions would be done away with. This deduction has allowed the seriously or chronically ill to deduct out-of-pocket medical expenses that exceed 10% of their adjusted gross income. Doing away with this deduction just makes being sick or expensive for those who can least afford it.

Every year tens of thousands of students enrolled in our colleges and universities of higher learning are required to take out student loans to help pay for their education. Congress wants to do away with this deduction, making the cost of education even more expensive. Furthermore, many graduate-level students are completing their education on tuition waivers and stipends which require them to work as research assistants or teacher’s aides in exchange for their tuition, room and board. Congress would change this to treat tuition assistance and stipends as taxable income.

Currently individuals who buy hybrid cars receive a tax credit for their support of the environment. Congress wants to take away that credit. Just further proof of their belief that climate change is not a man-made phenomena.

According to the New York Times,

Some measures are barely connected to the realm of taxation, such as the lifting of a 1954 ban on political activism by churches and the conferring of a new legal right for fetuses in the House bill — both on the wish list of the evangelical right.

This bill also goes into the gambit of healthcare by doing away with the health care mandate which requires all US citizens purchase health insurance or pay a penalty, thereby cutting a key provision of the affordable care act, something neither the House nor Senate could accomplish under separate legislation earlier in the year.

Further, according to The Times,

In a recent University of Chicago survey of 38 prominent economists across the ideological spectrum, only one said the proposed tax cuts would yield substantial economic growth. Unanimously, the economists said the tax cuts would add to the long-term federal debt burden, now estimated at more than $20 trillion.

Folks, this is nothing more than Reaganomics 2.0. It is trickle-down at its worst. It has been proven time and again that giving the big corporations tax breaks does not result in any economic benefit to the working class. The Times reports:

But recent history suggests that when corporations get tax relief, they find abundant uses for money that do not involve paying higher wages. They give dividends to shareholders and stock options to executives. They stash earnings in tax havens.

In 2004, Congress invited American corporations to bring home overseas earnings at a sharply reduced rate, pitching it as a means of bolstering investment. But the corporations spent as much as 90 percent of their windfall buying back their shares, according to Bureau of Economic Analysis research.

If Congress bestows fresh relief on major businesses, signs suggest a similar result. Many companies are enjoying record profits. Those in the Fortune 500 had $2.6 trillion salted away overseas as of last year.

If you haven’t already done so, please call your Senator and ask him or her to vote no on this horrendous bill.The tab labeled “resources,” above will take you to a link that will show you how to contact your United States Sen. I urge you to call them this week. Also, please ask your senator to withhold consent.

The Senate, in order to get its business done expeditiously, needs to get all the Senators to agree to waive action on routine matters in order to proceed. The unanimous consent provision in the Senate Rules protects the rights of a minority (here Democrats) from being trampled by an over-zealous majority. According to the Indivisible Action Guide, (and Wikipedia)

. . . the only way the majority can ensure the Senate’s day-to-day business runs smoothly is by asking for the “unanimous consent” (UC) of all senators to operate. Under normal circumstances, the Majority and Minority Leaders of the Senate negotiate “unanimous consent agreements” that set the schedule for and structure of debate on the Senate floor and waive pesky procedural hurdles. These UC agreements basically just mean “We’re all going to agree to shut up so we can get stuff done today.”

As the name implies, “unanimous consent” only works if no one objects, so if you don’t like what the Trump Administration or the Senate is doing, urge your senator to object to all “UC” requests. Your senator simply needs to be on the Senate floor when a UC request is offered and say “I object!”

The power to delay is the power to win. Without unanimous consent agreements, every single thing the Senate does takes longer, because the Senate leadership has to go through tedious additional processes to move forward with business. Committee hearings will be delayed, 15-minute votes on mundane Senate business at inconvenient times will be required (much to the distress of senators who hate working the weekend), and hours and hours of debate will have to be logged before reaching final votes.

A single senator engaging in a single act of withholding consent can delay Senate action for days. And just think: all the time spent on this time-consuming, tedious procedure is time that can’t be spent rubber-stamping President’s Trump agenda. When we delay, we win.

So ask your Senator to commit to withholding consent for the normal conduct of business to give us time to defeat this terrible law.