Immediately following the aftermath wrought by hurricane Harvey in Texas and Irma in Florida, the Trump administration raced to provide disaster relief to the afflicted areas. 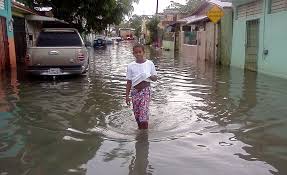 So why has it taken 9 days to a) appoint a 3 star general to take control of disaster relief efforts, and b) to send the Navy hospital ship to Puerto Rico to provide much needed medical care to its residents? Why are thousands of shipping containers containers holding tons of food and water and supplies still sitting on the dock in San Juan’s harbor? Why are there not more soldiers on the ground? Why has the mayor of San Juan been reduced at a press conference to begging for help for people when the president and members of his administration are boasting about the success of the relief efforts?

The simple answer is that Puerto Rico did not vote for Pres. Trump.

Both Texas and Florida, which are strongly in the hands of Republican lawmakers, voted overwhelmingly for Trump in the 2016 presidential election. Puerto Rico did not. According to Wikipedia Puerto Ricans, although United States citizens, do not have the right to vote for president:

Is it little wonder, then, that a president who loves to play to his base and to throw bones and red meat to his supporters, has little interest in the lives of the people on a small island in the Caribbean Sea who can’t even vote for him. After all, what is in it, politically, for the Tangerine Tyrant? What we are about to see, in my humble opinion, is his Katrina moment.

And let’s not forget that these are brown people like the people south of the Rio Grande that he wants to wall off from our country; like the Muslims who have borne the brunt of his first and successive executive orders banning them from entering the country; like his total lack of empathy for the black community and his support of white supremacist Nazis; and his statements that professional athletes taking a knee during the national anthem has “nothing to do with race.” With this president, everything has to do with race!