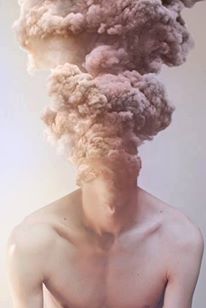 Let’s all just agree for a moment that television news is no longer about the news. It is about television ratings and advertising dollars. We all saw how irrelevant they had become during the 2016 presidential election cycle. Hundreds of people working together to predict the outcome of an election based upon polling data and political insiders, and they all got it wrong.

Today, those of us on the left are trying to cope with a new Republican administration which controls the United States House of Representatives, the U.S. Senate, and the White House. The right is on a roll and for those of us on the other side of the political spectrum, it seems impossible stop this snowball which is rapidly rolling downhill.

In the days since the election those of us on the left have been making a valiant attempt to, in the words of Ginger Rogers, “pick myself up, dust myself off, and start all over again.”

I have to admit, I’ve started watching Fox News Sunday with Chris Wallace. Although it makes my skin crawl, I watch it–sometimes with a bloody mary in hand.

During the first two and a half months of the new administration we have been barraged with a plethora of executive orders, cabinet and agency head appointees, a Supreme Court appointee, and a new healthcare initiative (which I “affectionately” refer to as “TrumpCare”) all of which are designed to “deconstruct” not only our government, but the way of life we have come to know. Now, in addition to TrumpCare, there’s a new, draconian budget to contend with.

Where do we go to get information that allows us to make sense of all the right wing crap that is constantly being thrown at us? Where do we turn? Do we go back to all those news outlets and pundits that got it wrong in the first place? MSNBC? CNN? ABC, NBC, CBS, PBS? Or maybe we should just eschew the “liberal” media and just start watching Fox news. At least on Fox will get a clearer idea of where the right is coming from that we ever will by watching the liberal media. (I have to admit, I’ve started watching Fox News Sunday with Chris Wallace. Although it makes my skin crawl, I watch it–sometimes with a bloody mary in hand.)

In my opinion, what is wrong with television media can be distilled to just three words: pundits, politicians, and reporters.

But where in all of these discussion are the interviews of the true policy experts?

You can pretty much forget trying to get any sort of in-depth or detailed explanation of exactly what TrumpCare is about by watching any of the media outlets. Why is this? Well, who do the talking heads interview? Mostly other pundits, closely followed by politicians. So if you’re watching, let’s say MSNBC, the panel members will mostly consist of other MSNBC contributors with a couple of pundits from the “opposition” thrown in for good measure in an attempt at balance, and then there will be the mandatory interviews of Republican and Democratic politicians who will tell us, from their varying perspectives, what the particular matter under discussion “actually” means.

Of course, this is all horse manure.

The pundits, talking heads, and politicians are all coming at these issues from their own political perspectives and present a skewed version of what everything means. Probably the best perspectives come from reporters whose jobs are to dig through issues and present the facts from all perspectives so the reader can make his own decision.

I have come to the conclusion that the only real way to arrive at any form of understanding with regard to any of the issues that we face as US citizens is to do our own research.

Where are the policy experts on the budget process who can explain intelligently and clearly what the new proposed budget actually means for the average US citizen?

Where are the experts on presidential power and the checks and balances system that our forefathers implemented? Has there ever been an explanation as to who sets the ethical constraints for the president of United States and how those can be changed? Absolutely not!

I have come to the conclusion that the only real way to arrive at any form of understanding with regard to any of the issues that we face as US citizens is to do our own research. Personally, I signed up for an online prescription for the Washington Post and the New York Times. I find that Vox online is an excellent source of information on the proposed healthcare legislation. I also regularly check the LA Times, SF Chrinicle, the Atlantic and others, and I do a lot of googling.

I spend a lot of time running down stories and details about issues that I hear about that receive little or no explanation in the mainstream television media. It is why started this blog. My frustration with the lack of information that I was not getting through the sources I had come to rely upon. If I’m going to do all of this research so I can understand an issue more clearly, the least I can do is pass it along here.

If you are struggling with information sources, and your friends on Facebook or followers on Twitter just aren’t cutting it, the graphic below presents a wide array of news sources which are identified from very liberal to very conservative. I hope it helps you find sources you can trust in your search for “the truth.” 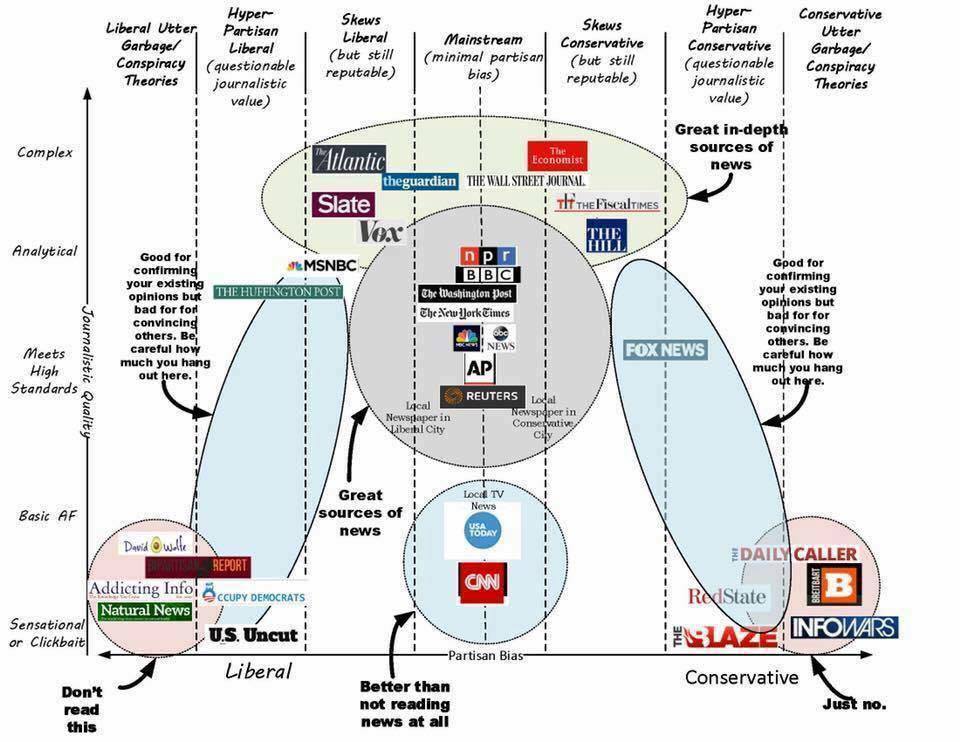 Just thought you’d like to know, in case you were wondering.