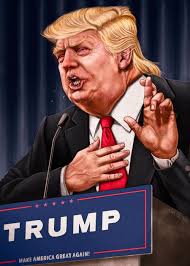 When the Raven King ran for office last year, he spoke loudly from the pulpit declaring that no one would be better for the LGBT community than him, not even “crooked Hillary Clinton.” Well let’s just see about that.

Yesterday, ABC news posted a video and an article about the Tyrant-in-Chiefs positions on the LGBT community.

During an April 21, 2016, appearance on NBC’s “Today” he commented on North Carolina’s notorious “bathrooms bill” which required trangendered youth to use the bathroom for the sex indicated on their birth certificates, rather than that associated with their gender identity. He said it made sense to require people to use bathrooms associated with the gender on their birth certificates. 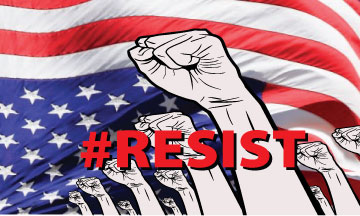 After becoming president, his administration, in a February 2017 letter to the schools from the Departments of Justice and Education, rescinded a guidance issued to schools by the Obama administration to allow students to use bathrooms that match their gender identity rather than the sex indicated on their birth certificate.

Just this week, he tweeted out that transgendered individuals were not welcome in the armed services. The Pentagon has since stated that it does not intend to change its rules until the White House makes its policy position official.

And today, the Justice Department, of its own volition, filed an amicus brief in a private lawsuit between an employer and a gay employee over issues related to sexual orientation in the workplace. They did not have to do this. The Justice Department just decided, “out of the blue”, to file this brief stating that in their opinion title VII of the United States code does not protect the LGBT community in the workplace.

According to an article in the New York Times today:

In 2015, the Equal Employment Opportunity Commission, under Mr. Obama, issued a very different ruling, deciding on a vote of three Democrats to two Republicans that discrimination on the basis of sexual orientation was illegal. That ruling, which was reviewed by the Obama administration’s Justice Department, did not formally bind the federal courts, although courts often defer to federal agencies when they interpret laws that come under their jurisdiction.

But in its brief, the Trump administration’s Justice Department said that the E.E.O.C., which has also filed court papers supporting Mr. Zarda, was “not speaking for the United States.”

I am reminded of Martin Niemöller, who famously wrote:

First they came for the Socialists, and I did not speak out—
Because I was not a Socialist.

Then they came for the Jews, and I did not speak out—
Because I was not a Jew.

Then they came for me—and there was no one left to speak for me.

First, he came for the Muslims, then he came after women and their reproductive rights, then it was the middle class, the working poor, and the poor. Then, he came after our children by attacking public education. Now he is targeting transgendered men and women, and now all of us in the LGBTQ community.

WILL YOU BE NEXT?

HOW LONG WILL YOU REMAIN SILENT?

WILL IT BE TOO LATE?

IS IT ALREADY TOO LATE?