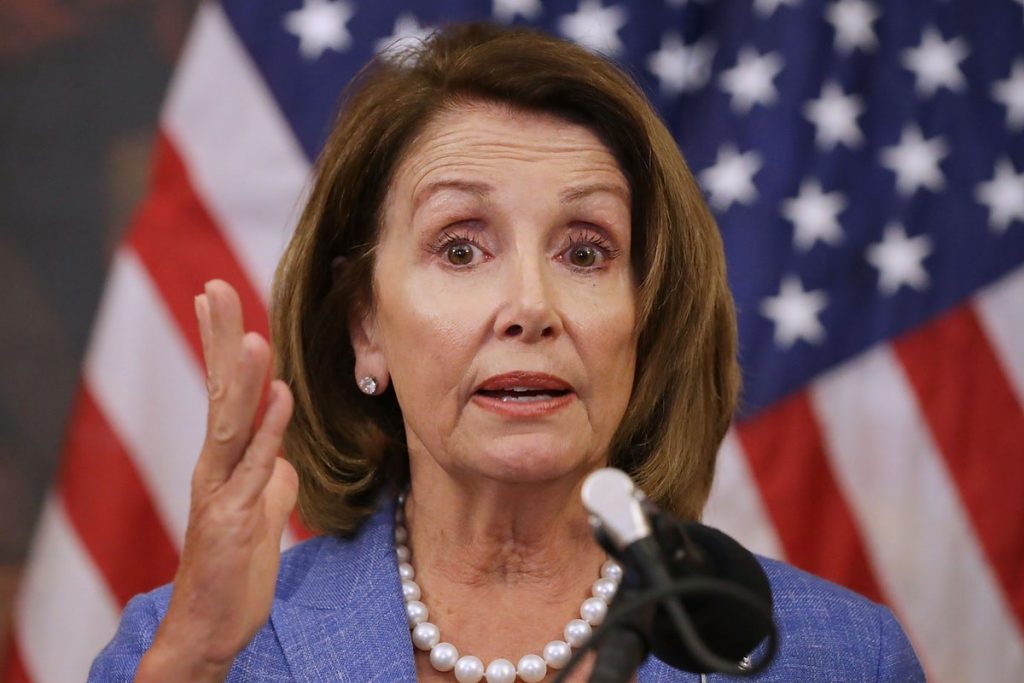 Love her or hate her, California’s 12th congressional district Congresswoman, Nancy Pelosi, seems poised to retake the speakers gavel when the 116th Congress convenes in January of next year.

She represents my home district in San Francisco. Many of us here, while we have appreciated Ms. Pelosi’s efforts over the years, have also believed that it was time for Ms. Pelosi to step aside and allow new and younger leadership in the House. (Many of us also felt the same way about our Senior Sen. Dianne Feinstein.)

My progressive friends and I are also pragmatists. We understand and appreciate that at this precarious time in our nations history, there is an intense need for a speaker in the House like Pelosi. The fact that none of the newly elected House members who have opposed her selection as Speaker have stepped up to run against her speaks volumes. There is no one in the House of Representatives in this next Congress who has the breadth or depth of experience to guide that chamber through this tumultuous time.

Each house of Congress, at the beginning of the new session, has the Constitutional right to make its own rules. This generally falls on the majority party, for obvious reasons, and the 116th House is no exception.

There are many notable changes in the proposed new rules which will be voted on by the Democratic caucus next month and by the entire House next January. There is one notable change that I want to discuss briefly here.

Changes in the Supermajority Vote to Raise Taxes.

The way it is now: The Republican held house enacted a rule requiring a supermajority vote of 3/5 of the members of the House to increase taxes on anyone.

It is widely thought this rule was enacted in order to protect the massive tax breaks for the wealthy that were enacted by the previous Congress.

My progressive friends and I are also pragmatists. We understand and appreciate that at this precarious time in our nations history, there is an intense need for a speaker in the House like Pelosi.

According to the Washington Post, “Some liberal Democrats said that if the party limits its own ability to raise taxes, it could make it harder for the House to adopt policies that could require tax increases, including a Medicare-for-All health program or a plan for tuition-free state colleges and universities.”

For example, Eric Levitz of the Intelligencer writes, “Kirsten Gillibrand’s FAMILY Act finances an expansion of paid family and medical leave with a 0.4 percent increase in the payroll tax (split between employees and employers). Her law would make life much easier for many caretakers in the bottom 80 percent, while increasing their tax bills by a near-indiscernible amount. And yet, in the name of helping the middle class, the new Democratic House majority wants to give their Republican colleagues the power to veto such legislation.”

Furthermore, the Post reports that “MoveOn criticized the proposal on Twitter on Friday as “a staggeringly bad idea,” while Kenneth Zinn, political director of National Nurses United, said it was “incredibly shortsighted.’”

Keep in mind, that even if small tax increases were required in order to make such social programs available, the savings in medical care, prescription drug costs, tuition, etc would more than offset the increases.

While it is true, if passed, the new rule could be waived by the House Rules Committee, Democrats worry about the optics of that.

Apparently not Pelosi, which may come as a shock to many. It was to me. Enter the “Expanded & Improved Medicare for All Act,” also known as H.R. 676.

The legislation was introduced during the last Congress, but for obvious reasons it has never been allowed out of committee. The legislation has 123 cosponsors including the original 51. Pelosi is not one of them. That together with the proposed rule requiring a supermajority vote to raise taxes on the lower 80% would make it seem that much of the legislative agenda promulgated by many new House members, is unattainable as it would be voted down in the House.

Maybe I’m not giving Pelosi enough credit, I don’t know, but whether and in what form this rule is adopted, and how it is managed in upcoming debates, bears watching.