If you are a follower of this blog, you may remember that back in April I took a trip to Washington, DC to visit my friend William. Easter Sunday was set aside for a car trip to Shockeysville, Virginia, the little town that is named for my family, which is just over 100 miles from Silver Spring, MD.

Based on the information I was able to obtain from Google maps, I knew there was a Methodist Church there, but that was all I knew. For all I knew there would be only a Y in the road with a sign, but for me that would’ve been enough, and you can bet that I would’ve gotten out of the car and taken a selfie. 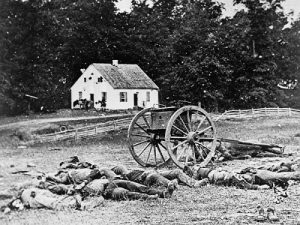 We set off around 9 o’clock in the morning, loaded up with cameras and bottled water for our trip, not knowing exactly how long it would take us to get there. As we rolled across farms and fields, rivers and streams, history started seeping into our consciousness: Highway exits for Harpers Ferry, Martinsburg, Falls Church, and Antietam, the site of the bloodiest battle of the Civil War rolled past. These were the fields, valleys, creeks and streams where Colonists battled the British during the Revolutionary War, and where brother battled brother during the Civil War. 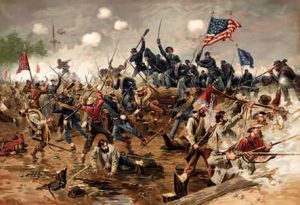 History was all around us.It was impossible to imagine what it would’ve been like to have seen uniformed soldiers, some on foot, some riding horses with swords raised racing toward the battle lines facing musket and cannon fire and certain death. A landscape that once was strewn with human carnage and destruction was on that day lush, beautiful, bountiful, and very peaceful.

To my surprise, my friend’s smartphone was able to maintain its Internet connection throughout the trip and he guided us seamlessly toward our destination. Finally, the words I had been waiting for, “turn right here,” were spoken, and there it was: Shockeysville Road!

Just like Google had predicted, it was a Y in the road, but Shockeysville Road continued and we followed it. At first it was a nice two-lane asphalt road, but it soon narrowed to a well maintained gravel road that was little more than 1 1/2 lanes wide with drainage ditches on either side.

The road became very winding and hilly, and we met several cars coming from the opposite direction which required us both to pull nearly into the ditches in order for us to pass. Everyone waved at us.

We drove for what seemed like an eternity. It is funny how when you don’t know where you’re going or how far you’ll have to drive to get there it always seems like it takes an eternity. But then we rounded a bend in the road, and there it was, the Shockeysville United Methodist Church. 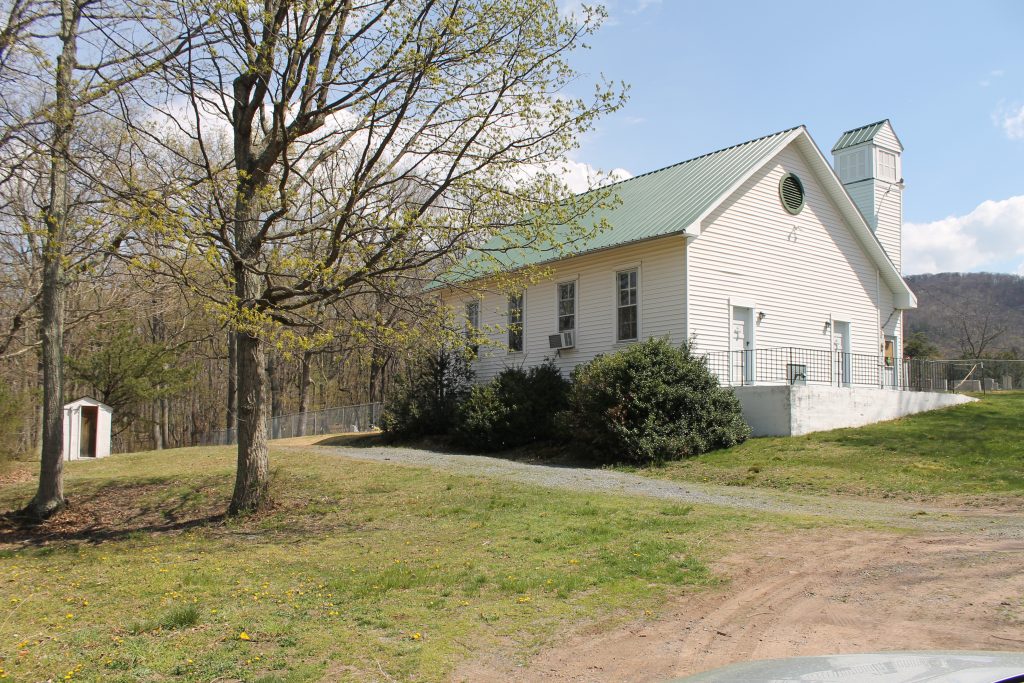 It was around 11:30 AM on Easter Sunday morning. I actually expected there would have been a church service, either in progress or just about to let out, but the church was empty. No one was around. We had the place to ourselves and there wasn’t much to claim.

The little church is elegant in its simplicity. White painted wood with a green shingled roof, consisting apparently of a single room, all topped off by a belltower. The little white building you see off to the left is an outhouse. Yes, they still exist, and if you don’t know what an outhouse is, it is an outdoor toilet. The door facing the front is for women and the door on the opposite end is for men. On the right side of the church is a small cemetery consisting of probably around 50 graves representing many of the founding families of Shockeysville, including many Shockey’s, but not as many as I would’ve thought.

“The year was 1859 in the vicinity of present-day Shockeysville. A few scattered houses existed. Elizabeth and John Shockey came to the area to settle. Daniel Daily, son of Samuel Dailey, made an agreement with Elizabeth Shockey to take care of his father Samuel, until his death. Samuel had Consumption (Tuberculosis), a very deadly disease of that time. As payment for his care, Daniel and Mary Dailey deeded 358 acres of land to Elizabeth for her sole use.

After the war, Elizabeth Shockey set about getting Shockeysville settled. Families of Luttrells, Whitacres, Clarks, Horns, DeHavens, Lamps, Nesmiths and others moved in around her land. A dozen houses, a general store, blacksmith shop, grist mill and farm buildings were built within sight of the present day Church. Foundations are still present in the woods behind the shelter area.

During the Great Depression many of the residents of the area, including many Shockey’s, moved to Martinsburg to find work. Thinking back on it, those cars we passed on the road were probably headed to Martinsburg for Easter Sunday service, which would explain why nobody was in church.

Until shortly before we left Silver Spring on that morning I had never seen the Wikipedia page about Shockeysville, so I was unaware of some of the history of the area including the time capsule and the foundations of the various buildings mentioned in the article. I did not see them or know to look for them.

There are 2 John Shockey’s buried in the cemetery. Originally, I thought they were father and son, but apparently not. What I do know is that the first Rev. John A Shockey and his wife, Elizabeth, were the founders of Shockeysville. Given that the patriarch of the family who immigrated in 1739 name’s was Johan, I guess it is not surprising that there are so many John’s in our family.

I do not know what the 2 Johns relationship are to me but I intend to do more research into that as well as to find what Marie Shockey wrote about Shockeysville in the family history books that I have..

It was an important pilgrimage for me. I’m glad I went. I doubt I will ever go back unless there is a family reunion there that I am made aware of.

Johan and his wife arrived on the Snow Molly in September 1739 in Philadelphia Harbor. We fought in the Revolutionary and Civil Wars. We settled the East Coast and immigrated across the country. We have a good history as a family up to and through today.

I will post more about the family history in the future blog, but I will leave it here for now. I’m sure nobody really cared, but it was important for me