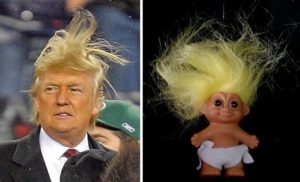 Maybe this is just the way it’s going to be for the next four years. Presidential soundbites and aides scurrying around trying to make coherent sense of them. Or to create policy.

The Tangerine Tyrant has actually gotten good at reading from the teleprompter. In a speech crafted by neo-Nazi white supremacists Steven Miller and Steve Bannon, he came across as relatively eloquent, staying mostly on script. But there was nothing of substance in his almost 90 minute oratory to a joint session of Congress.

What he did manage to do, once again, was to rehash the general election, but little more. There was no outline of policy, no roadmap for the future, nothing of substance. But I’m okay with that.

The only things of substance the, out of this administration so far have been a flurry of executive orders from the oval office and a series of decisions from cabinet appointees serving to undercut progress made in the areas of climate, civil rights, communications, education, banking and commerce and others. Only time will tell how deep the damage goes and how long it will take to undo it. 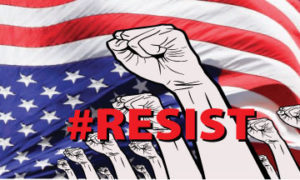 In the meantime, Republican-controlled houses seem content to sit on their hands and wait for direction from the oval office which so far has not been forthcoming. It is times like these that makes me wish for a parliamentary form of government. We would have dissolved this whole mess by now, held new elections, and formed a government that actually worked.

We deserve more as a public. Lots more. Someone needs to create a Yelp account for Congress. If we did, no one would ever do business with them.