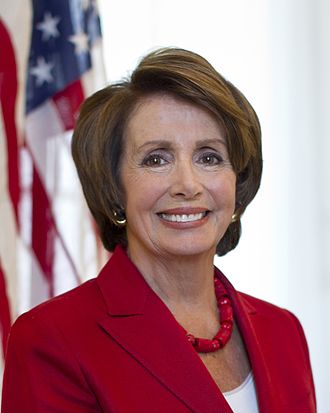 After four consecutive special election losses since the 2016 election in which the Republican candidates have demonized Democratic House Majority Leader Nancy Pelosi, claiming that the Democratic candidates in those races would merely be acting as her puppets, many in the Democratic Party have called for Pelosi to step aside from her leadership role.

It is the same old Democratic blame game. After her loss in the 2016 presidential election, Hillary blamed: A) James Comey; B) Vladimir Putin; C) the Russians (generally); D) Bernie Sanders; E) the electoral college; F) liberals, and just about everybody else but her.

And now Tim Ryan, Congressman from Ohio, who openly challenged Pelosi for her leadership role at the beginning of the latest Congressional term, has openly suggested, along with a host of other House Democrats, that Pelosi step aside. In her defense, Pelosi has said that she believes she is worth the trouble, calling herself a” master legislator.”

The truth is, Pelosi is masterful at her job. The fact that she is such a lightning rod for Republicans is a testament to that. Is she caustic, abrasive, and a take no prisoners kind of legislator? Without a doubt. Is she a masterful fundraiser for the party? Unquestionably. But is it time to kill the messenger? No.

At a time when both the legislative and executive branches of the government are under Republican control, guided by a party which is hell-bent on deconstructing our government and the institutions on which it is based; led by demagogues who are determined to repeal laws and regulations which were enacted to ensure the safety of workers, the cleanliness of the air we breathe and the water that we drink; who are dedicated to the revitalization of the search for fossil fuels–even in our national parks and off our shorelines to the detriment of our climate; who are dedicated to the proposition that only the wealthy matter, who are dedicated to enriching the rich and enslaving the poor and depriving everyone but the wealthy and the employed of healthcare, we need someone like Nancy Pelosi who can help hold the line against these demagogues.

My dad, who was a blue dog Democrat from Oklahoma, deplored the old dogs who clung to power saying that they should get out of the way and let some of the young folks have their chance. To a large extent, I agree with him. In a different day at a different time I would be calling for Nancy to step aside and give others a shot at leading the party in the house, but not today, not at this time and not for the next four years.

Instead of blaming the messenger, Democrats need to find a damned message, one that is worthy of rallying around. One that is not aimed at particular groups of individuals. Tim Ryan has it right in my opinion. And this harkens back to the days of Bill Clinton, “it’s the economy, stupid!” Bernie Sanders has it right too. And so does Elizabeth Warren. These are the folks we need to be listening to. These are the folks who carry the message that give hope to middle America and to the middle class. By lifting up middle America and the middle class we will grow the middle class, more people will move from working poor to self sustaining members of our communities and the poorest of the poor will become a smaller and smaller group of our country.

As long as we have a group of people who are in control of the legislative and executive branches of our government who are primarily concerned with protecting the rich at the expense of the 99% our country will continue to spiral downward. But it takes a strong message and an even stronger messenger, and those behind the message and the messenger must be united in the message and supportive of the messenger.

Oklahoma’s cowboy philosopher, Will Rogers was once quoted as saying, “I don’t belong to any organized political party. I’m a Democrat.” That was in the 1930s. It would seem the same holds true today. Democrats, it is time to get your act together or 2018 holds forth no favors for you or our country.