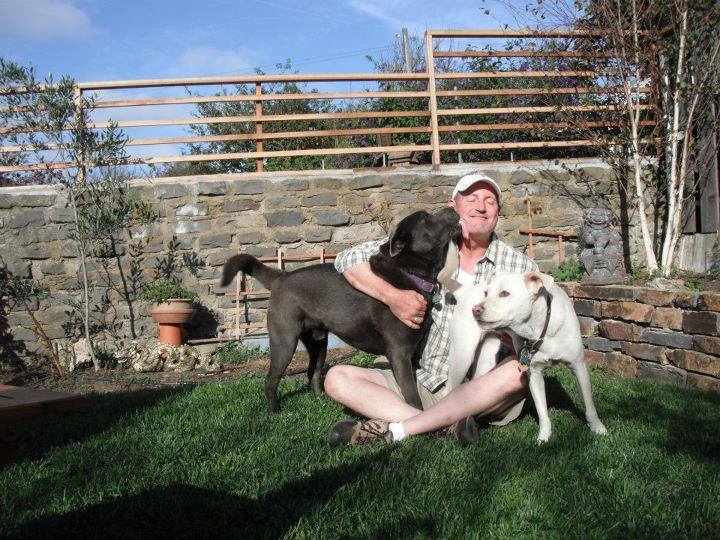 About 10 years ago, we decided it was time to turn what was nothing more than a weed patch behind the house into a proper backyard complete with a paved patio and a small patch of grass. Having 2 large dogs–80 and 40 pounds, respectively–it seemed a good idea to figure out a way to deal with big dog poop. 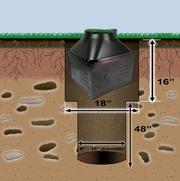 After researching some of my favorite online pet supply purveyors, I came across the Doggie Dooley, a plastic contraption that sits in the ground and supposedly acts like a dog a septic tank.

When it arrived, I dutifully set out to find a suitable spot in the yard so that I could bury it and let it work its magic. I dug this huge hole in a corner of the backyard. More than 2 feet deep and 2 feet across. I followed all the instructions and then I started adding poop together with water and the packaged ingredients that were supposed to help break everything down–just like a septic tank.

Unfortunately, the damn thing didn’t work. What I ended up with was a 2 plus foot hole in the ground full of dog poop.

Undaunted, I decided I would just flush it down the toilet. I mean, after all, it was poop and that’s where my poop goes. After having my sewer lines snaked twice, the plumber advised that flushing dog poop wasn’t really a good idea because it didn’t break up like human waste. “No worries,” I thought. Next brilliant idea was to simply put it in the green compost container in the backyard.

Apparently not so brilliant according to the garbageman who took great pains to write in black permanent magic marker on the lid of my trashcan that dog poop was not an appropriate ingredient for that particular can. Apparently, it’s supposed to go in the black can where the garbage goes. Who knew?

I mean, I really thought this was going to be easier. A LOT easier.

Sweating profusely and breathing hard, I set my shovel down and I grabbed the green plastic lid in both hands, giving it sort of a firm tug and it broke a little! I tugged on it again and it broke some more. And then I remembered the 10 pound sledgehammer in the toolshed!

Actually, it is a cross between a sledgehammer and a pickax although the pointy end is not as sharp or as long or as pointy as the long pointy end on a pickax. Anyhow, the pointy end worked wonders on breaking up that plastic box that was half buried in the backyard. 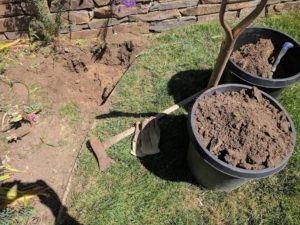 After about 15 minutes of swinging the pickax sledgehammer thingy I had broken up enough of the box that I was able to get my shovel underneath and pry out the remaining pieces. In the end I had filled up two 15 gallon containers with dirt and half my black garbage can with bits of Doggie Dooley.

This morning, my neck and shoulders were so stiff and sore that I could not turn my head to the right or lift my arms above my shoulders. Thankfully, a light workout with my trainer and a few Salon Pas seem to have worked their magic, enough at least that I was able to do a little more gardening. 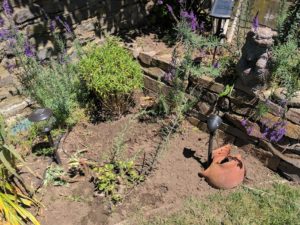 Today, I planted flowers on that spot and sewed a few wildflower seeds. I will not miss my former life with the Doggie Dooley. I will not miss it at all. I have invested in a pooper scooper and a small metal trash can which holds a weeks worth of poop which I now dump every week into the black trash bin. The garbageman must really love me now.

Trust me, I really thought this was gonna be easier!!