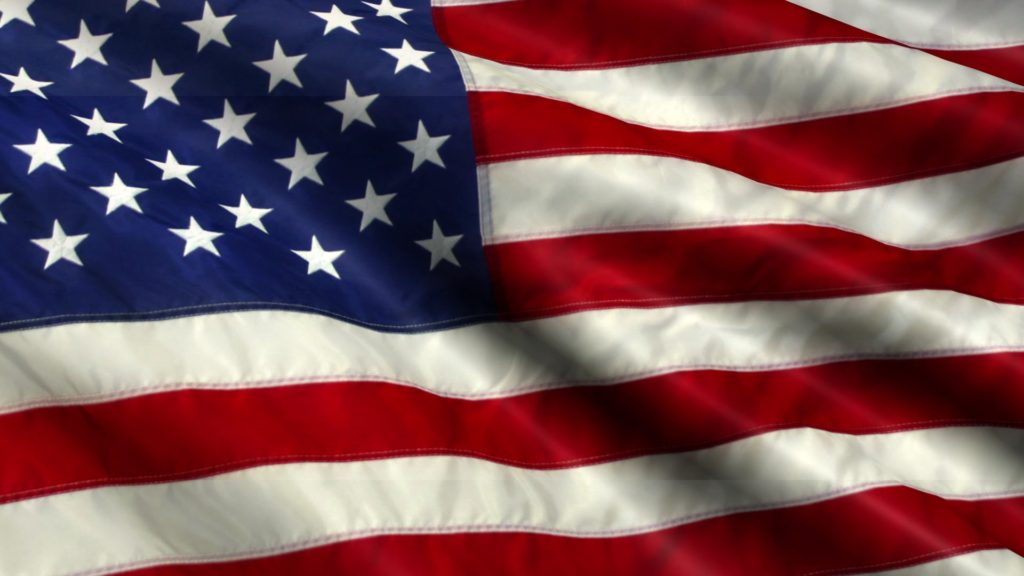 This year, perhaps more than any other in past memory, I have to wonder exactly what there is to celebrate on this Independence Day.

There is a tyrant in the White House and a Congress, both House and Senate, who while they claim to be for the common man are doing everything in their power to strip them of the necessities of life.

We are a nation of immigrants–something most folks seem to either forget or ignore. The United States was a brown nation until white Europeans invaded its shores, confiscated the land, and killed or imprisoned on reservations the Native Americans who lived here before. I can’t help but be reminded of a bumper sticker I once saw on a car crossing the Golden Gate Bridge: “Welcome to California! Now go home!”

Those same white Europeans then proceeded to discriminate against every new group who came to our shores: Germans, Italians, Irish, many of whom arrived as indentured slaves; they imported African slaves to work in the fields and factories, on their farms and in their homes, denied everyone but wealthy white landowners the right to vote in elections, and imposed a religious spiritual morality in the lives of most people.

Now, we have a president who has promised to build a wall on our southern border, and further that Mexicans (who are also Americans) will pay for it. He’s also signed an executive order that would ban Muslims from entering the United States to make us “safe” notwithstanding the fact that since 9/11, all acts of domestic terrorism inside the U.S. have been committed by legal residents or citizens of the U.S. But maybe we shouldn’t be too hard on the president. 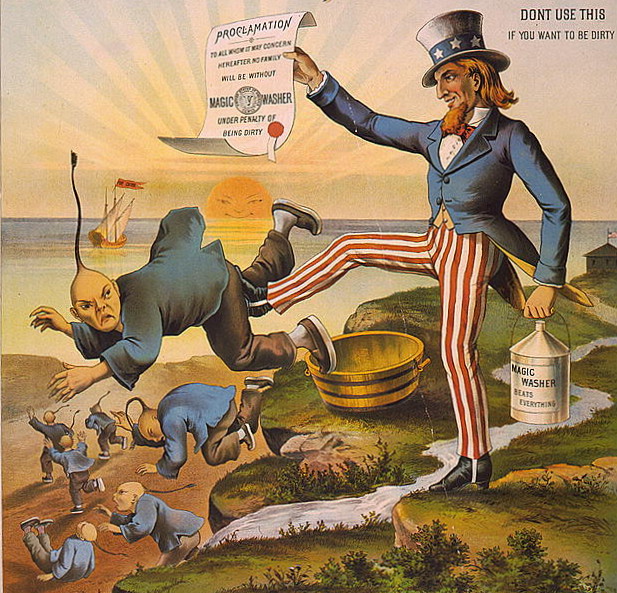 of saying “thank you” to all those Chinese immigrants who had come to California to provide services during the gold rush years starting in 1848 and who helped build the transcontinental railroad. Even though this law was intended to expire in 10 years, it was renewed for another 10 years and was thereafter made permanent and remained in effect until it was repealed by the Magnuson Act on December 17, 1943.

And of course we cannot forget the internment of Japanese Americans during World War II. Nor should we forget that interracial marriage in the United States was illegal until 1967.

Or that marriage equality (some call it “same-sex” marriage) did not become legal until just 2 years ago. And it took the Supreme Court to desegregate our schools.

And let’s not forget our beloved and much touted Constitution, a blueprint for democracy in other nations and a system of government we continuously try to impose on 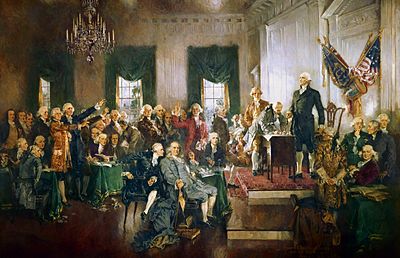 emerging nations. The Constitution was so perfect in fact that within 6 months of its enactment in 1789, 10 Amendments were submitted to the states for ratification and were enacted in 1791. Wikipedia has a nice summary.

That’s right, 10 times. Little things like freedom of speech, freedom of the press, freedom of religion, the right to peaceably assemble, the right to be free of unreasonable search and seizure, the separation of church and state, the right to bear arms, the right to a speedy trial by a jury of our peers and the right to due process of law, prohibitions against excessive fines and bail, and what some would perhaps argue was the most important amendment of the first 10, the 10th which reserved those rights not specifically enumerated to the federal government were allocated to the states.

Even though blacks, and arguably other people of color, were given the vote in 1870, great lengths were taken to prevent that from happening and it wasn’t until 1961, with the ratification of the 24th Amendment which prohibited revocation of voting rights for failure to pay a poll or other tax that the voting franchise was fully extended. Even then, it took President Lyndon Johnson, signing the Civil Rights Act in 1964, to finally start putting things in order, and almost 50 years of attempts by various groups to undo it. 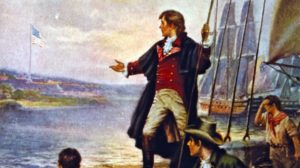 Even our national anthem has racist overtones, of which most people are unaware. When Francis Scott Key penned his famous words to the tune of an almost impossible to sing British drinking song, he made sure to include his disdain for slaves who had decided to fight for the British in exchange for their freedom–something their masters in the Colonies would not provide for almost 200 years. 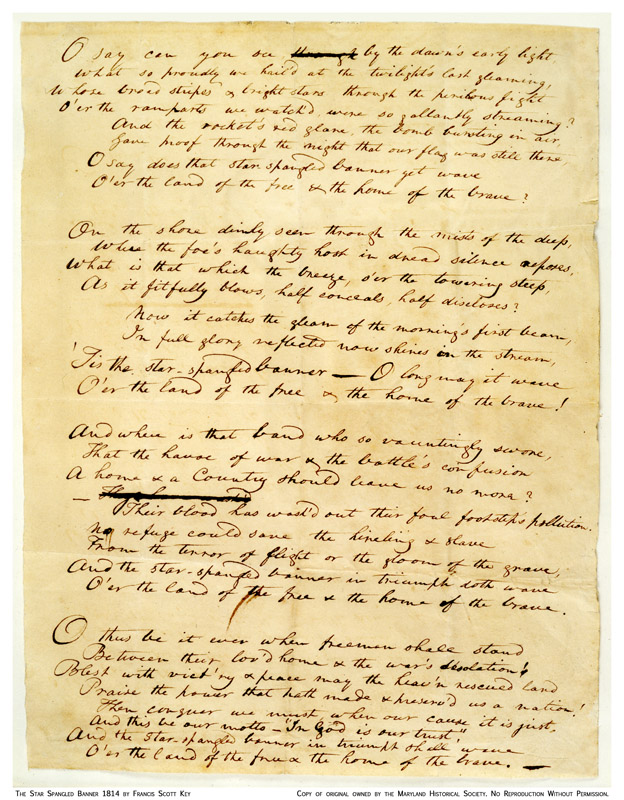 Don’t believe me? Here’s the text of the third verse:

No refuge could save the hireling and slave
From the terror of flight or the gloom of the grave,
And the star-spangled banner in triumph doth wave
O’er the land of the free and the home of the brave.

Many states have gone out of their way to engage in voter suppression in many forms. For example, 35 states still forbid convicted felons from voting. Many states impose onerous voter ID laws requiring voters to present a photo ID at the polling place before they can cast their ballot. While many argue that such laws help ensure a fair and valid vote, others contend that such laws disproportionately disenfranchise the elderly and poor. Others counter that voter ID laws prevent widespread voter fraud even though there is virtually no evidence to support claims of even small scale voter fraud.

In some places voter rolls were purged, in others computer glitches were blamed for names being dropped from the voting rolls. In some states, inexplicably, voters’ party affiliations were switched rendering them unable to vote for the candidates of their choice in their local primaries.

Many, if not most, states do not hold open primaries which prevents voters from crossing party lines to vote for whichever candidate they choose. This further frustrates independent voters who are many times locked out of primary elections altogether.

Despite all of our divisions, whether we are Democrats or Republicans or independents, or if we have never voted or wouldn’t even consider voting, deep within our beings we are all “Americans.”

In many states, elections are simply underfunded resulting in limited polling locations and in highly contested election years people can wait in line to vote for hours. Because elections are held on Tuesdays, workdays for the vast majority of our population, citizens simply don’t have the time to stand in line for hours to vote. Living in San Francisco, I’m spoiled. Every precinct has a polling place. My polling place is across the street four houses down. Even in the last presidential election I didn’t wait in line and was in and out in about 10 minutes. That’s the way it should be.

And then there’s that pesky little thing called gerrymandering where elected politicians in many, if not most, states every 10 years redraw the precinct boundaries. The majority party in most states uses this redistricting plan to draw voting districts that will help ensure they stay in the majority and many times use these districts to dilute the voting power not only of the minority party, but of minorities themselves. In a rare move, the United States Supreme Court is set to consider a case challenging gerrymandering in its upcoming term. According to NPR:

The U.S. Supreme Court has agreed to take up an appeal over electoral districts in Wisconsin after a lower court ruled that the state’s Republican-drawn map constitutes an “unconstitutional partisan gerrymander.”

And it gives the court an opportunity to formally determine a metric on what constitutes unlawful gerrymandering, which could have major implications for the way voting districts are drawn in other states.

I don’t know about you, but voter suppression angers me greatly. Even though I’m not always happy with the choices on the ballot, I take the franchise very seriously. The 26th amendment to the Constitution, granting 18-year-olds the right to vote was ratified July 1, 1971, just 45 days after my 18th birthday. I couldn’t get to the registrar of voters fast enough. In the years since I think I have missed voting in one election. That so many would go to such lengths to limit or interfere with the right to vote by anyone of legal age infuriates me. It should infuriate you as well.

All in all, our Constitution has been amended 27 times.

Only one of these amendments, undoubtedly in a sober moment, has been repealed. That would be the 18th amendment which prohibited the manufacturing or sale of alcohol within the United States.

Six proposed amendments to the Constitution, which made it out of committee and which were forwarded to the states for ratification, have not been ratified. One was the equal rights amendment which expired on June 30, 1982, and the other would have treated the District of Columbia as if it were a state with regard to representation in the US Congress which expired on August 22, 1985. Four are still pending, one of them since 1789.

The length of time for ratification of an amendment has varied greatly over the years. The speediest ratification process was for the 26th amendment, granting 18-year-olds the right to vote. That only took three months and eight days. Perhaps it is not surprising that the record the longest ratification period goes to the 27th amendment which delays laws which would affect congressional salary from taking effect until after the next election of representatives. That one only took 202 years, 7 months and 10 days.

So there you have it. My 4th of July rant. 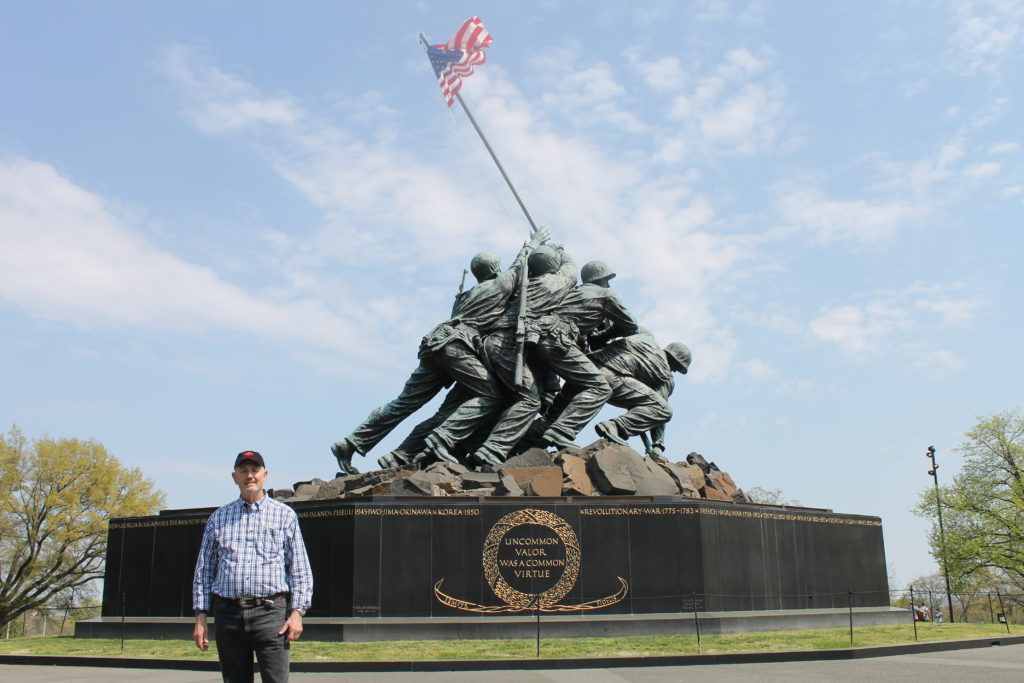 It might surprise you to know that I do not hate my country. I still love Fourth of July barbecues and picnics and sitting out on a clear Fourth of July night to watch the fireworks. My eyes still well with tears at the singing of the national anthem at the beginning of a baseball game and I have the deepest respect for our men and women in uniform of all stripes. 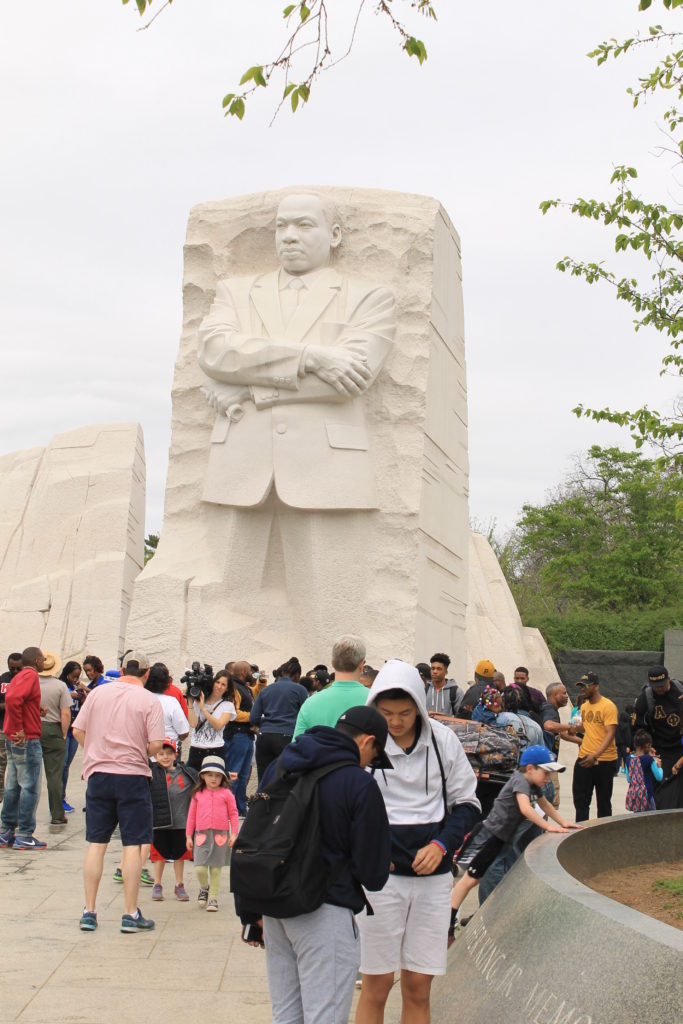 As a country, we have come a long way, without a doubt, and it has taken us a very long time to get here. That is the way our Constitution and our government was designed. It has been said that the wheels of progress grind slowly but finely and it is that fine dust of progress that feeds our spirit and makes us who we are.

Despite all of our divisions, whether we are Democrats or Republicans or independents, or if we have never voted or wouldn’t even consider voting, deep within our beings we are all “Americans.” When we are in trouble or despair or have fallen and need help we are there for each other. Gay, straight, God-fearing or not religious at all. We are one people. We cannot and we must not ever forget that, especially on this day when we celebrate our independence from what was the tyranny of our oppressors back in 1776.

Today, may you all live in peace and happiness, and please have a beer or the beverage of your choice for me.