In a Hail Mary play in the last seconds of the 4th quarter of the consideration of Brett Kavanaugh for appointment to the US Supreme Court, Democrats have thrown their entire pot of pasta against the wall hoping that something would stick. Will it? 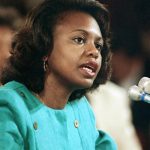 Twenty-seven years ago, in 1991, Anita Hill–reluctantly–appeared before a Senate Judiciary Committee hearing considering the nomination of Clarence Thomas to the bench. Democrats held the majority in the Senate at that time. Clarence Thomas, if confirmed, would be only the second African American to be elevated to the Court.

Just as a side note.
In 1991 Anita Hill was a law professor at the University of Oklahoma School of Law. She was the constituent of Oklahoma Sen. David Boren, who cast the deciding “yes” vote confirming Clarence Thomas to the bench.

Both cases are similar in that they both allege sexual misconduct on the part of the nominee and that said misconduct was raised at the 11th hour during the proceedings. But that is pretty much where the similarities end.

In 1991, the Senate Judiciary Committee consisted only of white men and was controlled by Democrats, being chaired by Sen. Joseph Biden, Junior. In the matter of the Thomas-Hill controversy the conduct alleged amounted to the creation of a hostile work environment vis-à-vis sexual harassment. In the Kavanaugh-Ford controversy, the conduct alleged is that of actual sexual battery.

Judge Kavanaugh’s proponents argue that because the alleged misconduct occurred some 36 years ago when Kavanaugh was only 17 (and Ms. Ford was only 15) the matter should not be given serious attention, because after all “boys will be boys.”

Let’s not forget that just 2 years ago a 19-year-old Olympics bound Stanford swimmer named Brock Turner was convicted of sexually assaulting an unconscious young woman while he was under the influence of alcohol. Mr. Turner was convicted of criminal charges and served time in jail (although many would argue not nearly enough time).

In the current matter, there is an important distinction: there is an eyewitness, Mark judge, who was then and continues to be a close friend of Judge Kavanaugh.

It is also important to note that Dr. Ford has taken and passed a lie detector test. She also spoke openly of the matter to her therapist and has offered both the therapist and the therapist’s notes in support of her allegations. To counter these facts, the Republican members of the Senate have offered a letter signed by 65 women attesting to the upstanding character of the judge and his outstanding attitudes towards women.

Today we are learning that the scheduled vote on Kavanaugh’s confirmation has been continued until a hearing is concluded on Monday of next week following the testimony of both Judge Kavanaugh and Dr. Ford. At this time it is not clear whether the Senate Judiciary Committee will allow the testimony of either Dr. Ford’s therapist or of the eyewitness, Mark Ford, or whether they will allow the submission of either or both the lie detector test and therapist’s notes. 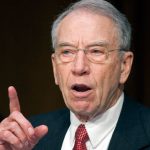 In short, if Chairman Grassley refuses to allow the submission of evidence or the testimony of corroborating witnesses, the testimony of Dr. Ford and of Mr. Kavanaugh on this issue will likely be less than satisfying or conclusive, but will simply provide cover to the Republican members of the Senate for a vote of confirmation to the US Supreme Court.

Some political pundits in Washington DC feel that this matter may never get to a hearing on Monday as background reports from anonymous sources within the administration seem to indicate that judge Kavanaugh’s nomination very well could be withdrawn. If so, that could provide the cover red state Democratic Senators who are running for reelection in November need in order to vote their conscience.

If there is one glaring difference between the Thomas and Kavanaugh confirmations, it is the growing impact that women are having in our society and our culture and their refusal to be discounted when it comes to accusations of the sexual misconduct of men, however powerful. Will it be enough?

President Trump announced (unsurprisingly) that he felt very sorry for Judge Kavanaugh, saying a man of his qualifications should not have to go through such scrutiny. Although, the president stated his belief that both parties should be heard by the Senate Judiciary Committee, he declined to order the FBI to reopen its investigation into Kavanaugh, saying that wasn’t the kind of thing the FBI does, which was either a clear misunderstanding of their mission or a complete smokescreen.

The “failing” New York Times, in an article on whether this social shift might make a difference this time around, reported quotes from Senators who were around for the Thomas hearings are who are around still:

“There are a few players still involved from 1991. Senators Charles E. Grassley of Iowa and Orrin G. Hatch of Utah, both Republicans, were on the Judiciary Committee then as now. Back then, Mr. Hatch said Ms. Hill’s account struck him as “too contrived, too slick.” On Monday, he said Dr. Blasey might be “mixed up” and confused Judge Kavanaugh with someone else.”

“Former Senator John C. Danforth, Republican of Missouri, who was one of Justice Thomas’s most prominent defenders, said that he sees a tragic repeat. “I just feel so terribly sorry for Kavanaugh and what he’s going through,” he said. “Here’s a man who’s had just a marvelous reputation as a human being and now it’s just being trashed. I felt the same way about Clarence.”

He added that the presumption of guilt has only grown since 1991. “With the #MeToo movement, it makes it even harder for him,” Mr. Danforth said. “It was bad enough for Clarence, but this is really going to be difficult.”