In a kinder, gentler time (read pre-Trump) the confirmation process for nominees to the US Supreme Court has been a mostly genteel procedure. In my lifetime there has been only 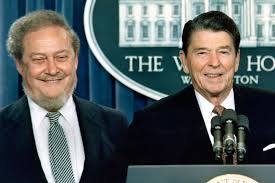 one other hotly contested nominee, Robert Bork, who was nominated by Ronald Reagan on July 1, 1987, to replace a retiring Lewis Powell.

In the vast majority of cases where a nominee proved too controversial, for one reason or another, the president would either withdraw the nominee or the nominee would withdraw his name from consideration. And that would be it. Really civil.

Not all Supreme Court nominees have been confirmed. Here’s a list of all 30 nominees who didn’t make it, from George Washington to Barack Obama.

No one wants a lightening rod on the Supreme Court, and no justice should want his or her rulings constantly questioned by the public because of their political beliefs.

Kavanaugh, like Bork, is a lightening rod. He squarely threw his political positions into the discussion on Thursday when he belittled Democratic Senators, when he combatively focused his ire on those in the left wing, the Clintons, and the 2016 election.

“This is nothing more than borking.”

He has stubbornly clung to the nomination almost as thought it were a claim of “right” and not a privilege based on merit. After all, he went to an elite college prep high school, was captain of the team, made good grades, hung out at the country club, went to Yale and Yale law, worked in the White House and served with Kenneth Starr during the Clinton impeachment era, then served on the DC Circuit Court of Appeals, a wellspring of Supreme Court Justices. “Dammit, I deserve this, and you cannot take it away from me!” he seemed to be saying. 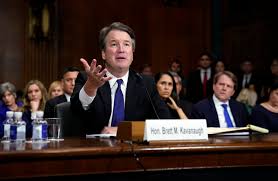 And then, in the middle of his opening rant, he said of his accusers, “This is nothing more than borking.” I remember the confirmation hearings for Robert Bork. I found a fascination article in Constitution Daily, written on October 23, 2017, about the Bork nomination.

Bork was a conservative law scholar and a proponent of originalism, the legal theory that the Constitution should be interpreted as written by the Founders. (Much like Justice Scalia.) He was also a justice on the DC Circuit Court of Appeals, like Kavanaugh.

No one wants a lightening rod on the Supreme Court, and no justice should want his or her rulings constantly questioned by the public because of their political beliefs.

Senator Ted Kennedy reacted to the nomination with a public statement that quickly drew political battle lines over Bork’s nomination. 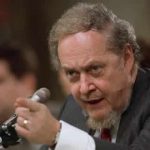 “Robert Bork’s America is a land in which women would be forced into back-alley abortions, blacks would sit at segregated lunch counters, rogue police could break down citizens’ doors in midnight raids, schoolchildren could not be taught about evolution, writers and artists would be censored at the whim of government, and the doors of the federal courts would be shut on the fingers of millions of citizens for whom the judiciary is often the only protector of the individual rights that are the heart of our democracy,” he said. (Bork later stated he felt every word in the statement was false.)

According to that article in Constitution Daily,

Senate Democrats brought up legal writings from Bork dating back in 1963 [24 years earlier], when he wrote a New Republic article about public accommodations and the proposed 1964 Civil Rights Act. Bork’s opponents were critical of his opinions about the Supreme Court’s Roe v. Wade decision. Bork’s testimony was also broadcast on live television.

Eventually, the Judiciary Committee, which was chaired by Senator Joe Biden, declined to recommend his nomination, but referred Bork out of committee to the floor of the Senate for a vote of the entire chamber.

Eventually, the word “bork” was added to the Oxford English Dictionary. It means, to obstruct (someone, especially a candidate for public office) by systematically defaming or vilifying them. ‘‘We’re going to bork him’, said an opponent.’

Like Bork, Kavanaugh seems to be in this for the long haul. A senate vote seems inevitable. If either Trump or Kavanaugh had any shred of decency, for the stability of and confidence in the Supreme Court, any care for the lives of the people who have come forward to tell their allegations about the abuse they suffered at Kavanaugh’s hands, or if Kavanaugh had any shred of decency or care for the pain and suffering he is inflicting on his own family, either Trump would withdraw the nomination, or Kavanaugh would step aside.

They are both far too callus. Both men only care about themselves. They are made for each other. Both are bad for the country.